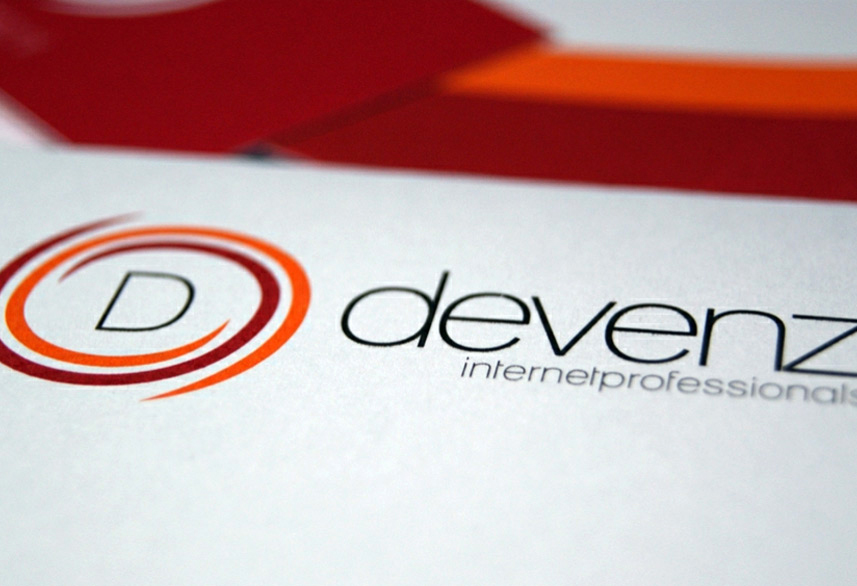 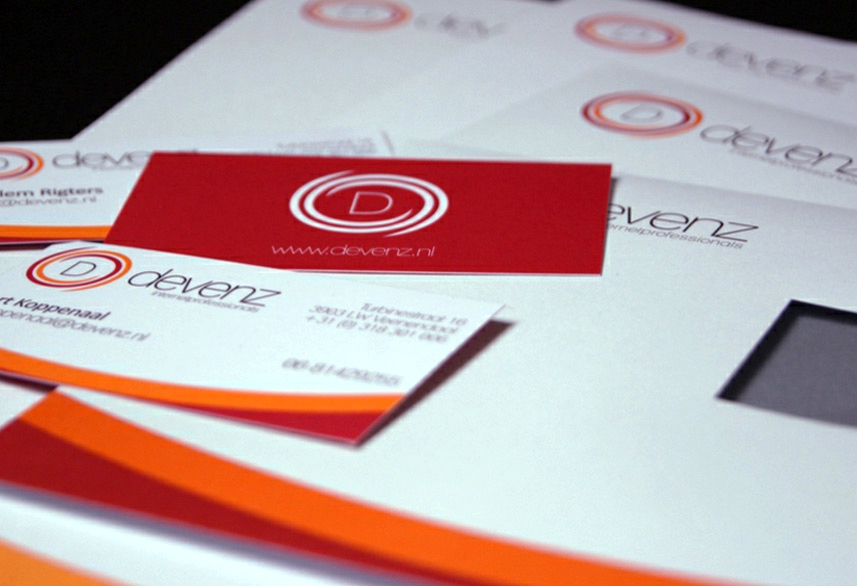 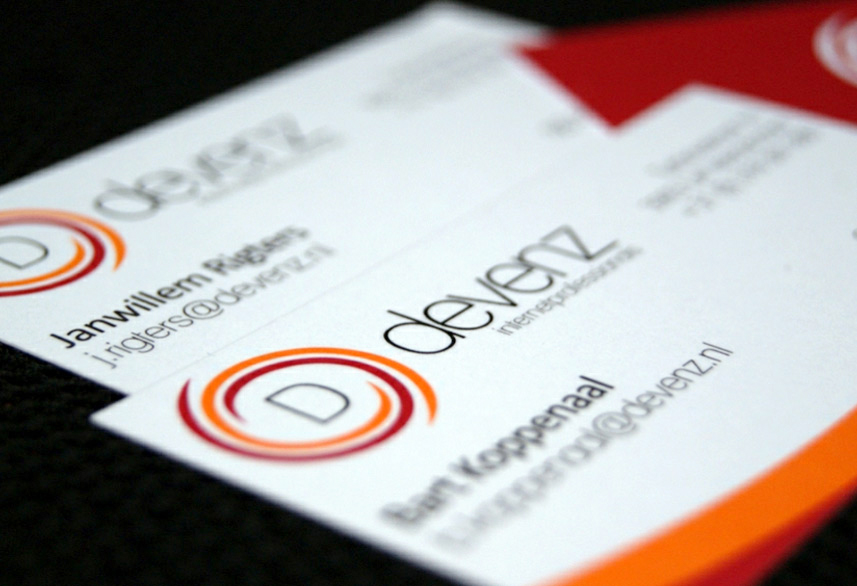 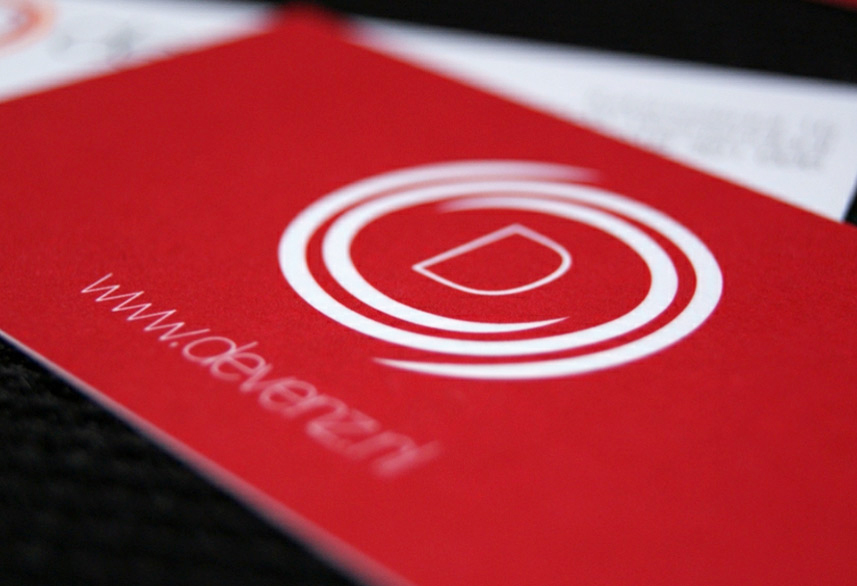 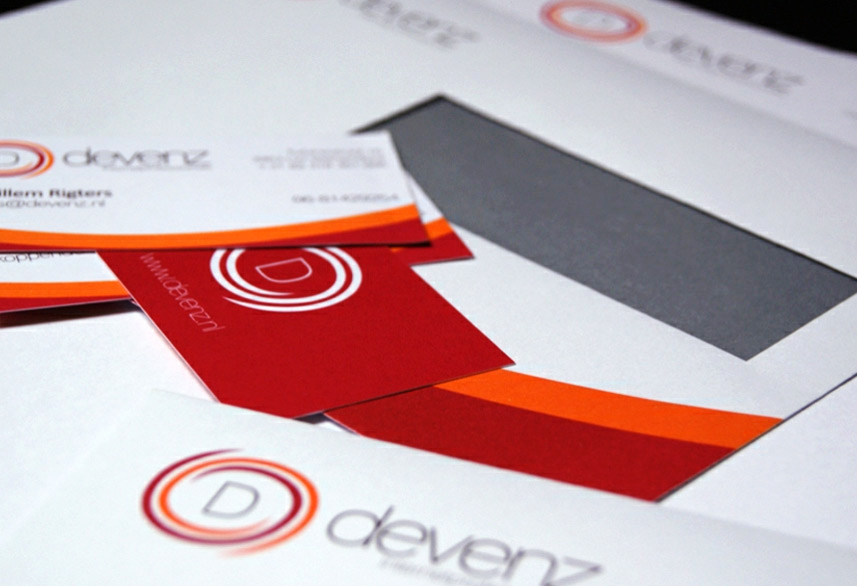 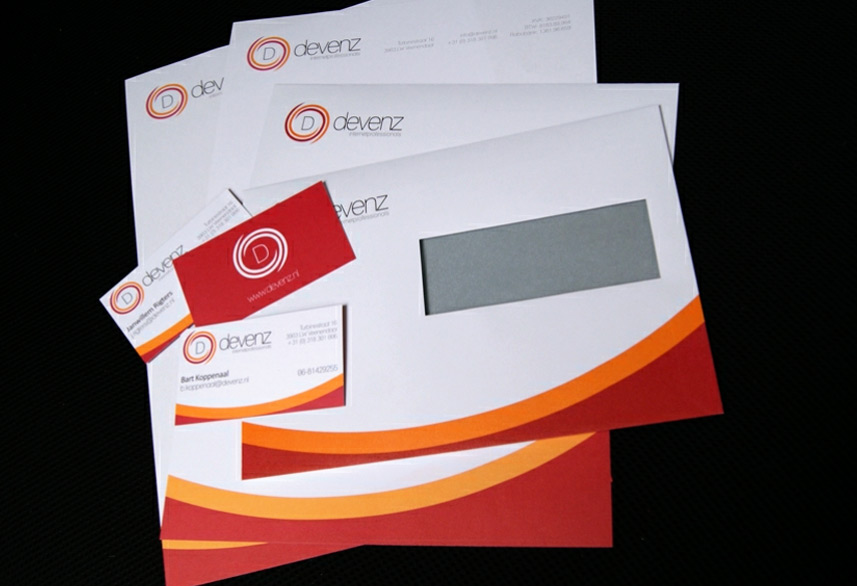 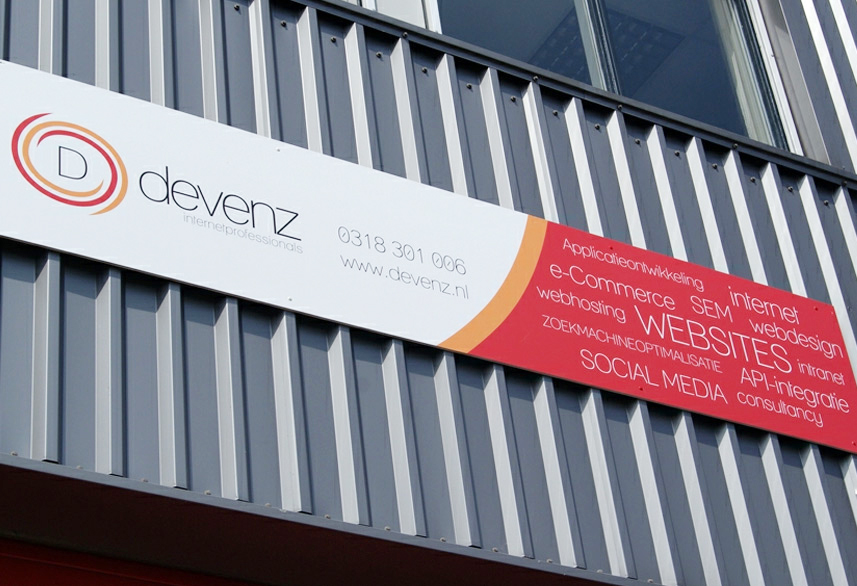 Devenz is a web design and development agency ran by young professionals. After being in the business for a few years now they decided to take their agency to higher level and they wanted their corporate identity to go along with that. They asked me to design their new logo, business cards, stationery and envelopes as well as other future materials.

After some mind maps, brainstorms and all that warm fuzzy stuff I had a clear vision of what their brand identity should be like. After several sketches I landed this new logo which you see before you. The main term I worked with was “growth”, which Devenz stands for in various ways.

At first I used an entire spiral to represent that term, after all: a spiral is a symbol of (never ending) growth. From there on I created the centre piece of the logo, altering the spiral into two different paths. The first (orange) path stands for the start, representing a client which comes in contact with Devenz. Together with Devenz the client can jump onto the second (red) path towards growth with a fitting web solution.
The identity stands for a few more things, but that basically is the identity concept in a nutshell.

The logo consists of two main elements which can applied in various ways, one being the icon itself and the second being the letter mark. That makes it quite a versatile corporate identity. For example: on the back of the business cards I focused on the icon. I also used the icon’s paths and colors as a style element in the other parts of the corporate identity. The guys from Devenz were very satisfied with the result and 2011 has been marked as a year of new exciting awesomeness by Devenz.

Need a graphic designer to create something visually unique for you?

Looking for a graphic designer to create something visually unique for you? Get in touch today → and let’s see if I can be of service to you.