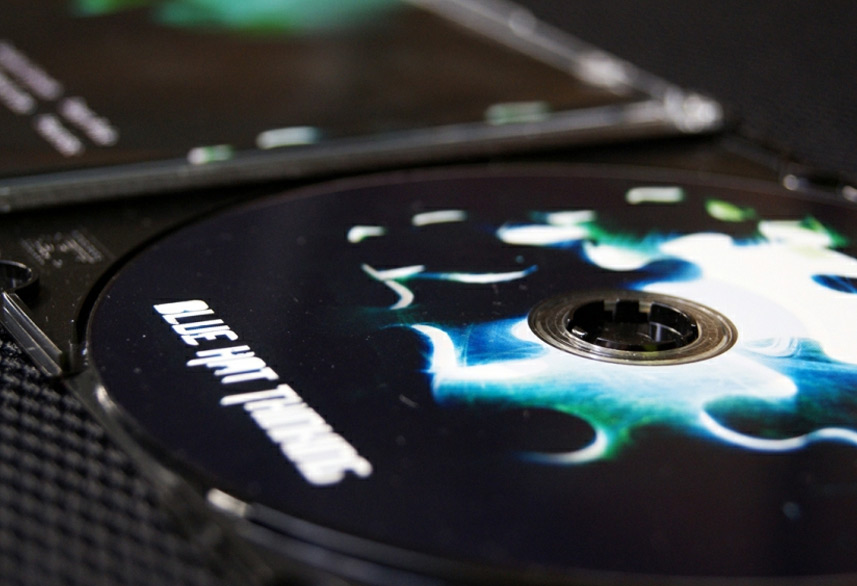 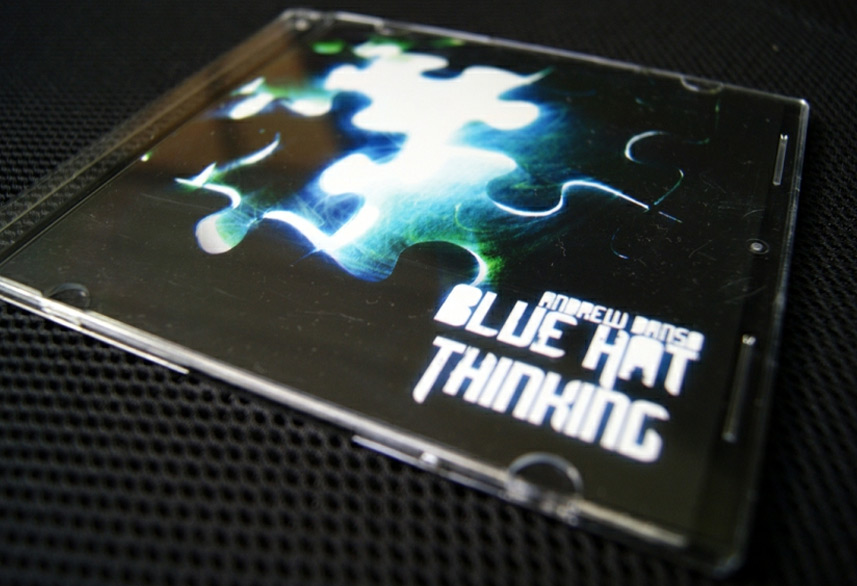 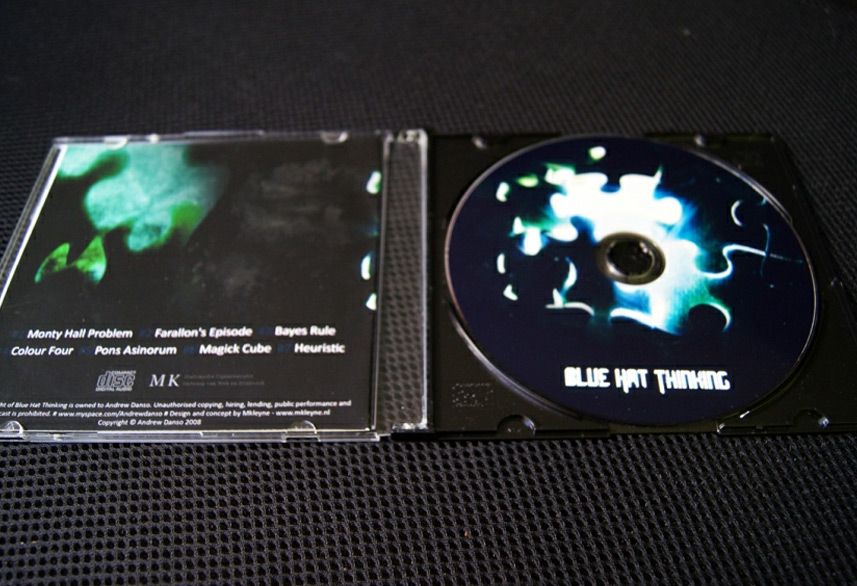 Blue Hat Thinking is the first solo album by Irish artist Andrew Danso, who normally plays with his band Tera. Andrew asked me to create the cd packaging design for his album.

All tracks on the album are related to solving problems and the ways and thinking methods we use for that. In life there are six different proverbial thinking hats and Andrew chose the blue one for his album. So I started working with that concept and ended up using the jigsaw as key element.

To better explain the album and artwork, Andrew wrote a synopsis for me to place:

As difficult as it may be for my-self to appoint a generic standpoint onto my own work, I can safely suggest that this album (being instrumental) was written within a period of sparseness. Specifically, certain problems had arisen and I had solved them, eventually; ‘them’ being sociological issues — without giving too much away. Solving the issues became so common, they all re-in-animated each other, and on hindsight it felt like specific formulas were created for each problem to solve. This album reflects that, in that one of my biggest outlets for the current topic was writing instrumental music — hence I’m not very good at solving problems. Also most of the titles will reflect that formulaic ‘feel’.

Thoughts on the image itself; I enjoy the wild contrast, the unraveling of a jigsaw has, to solving an issue and putting the pieces together — it reflects the fact that my problem solving is blank, so much so that it creates problems. I enjoy the seeming modern look the image has, it sort of stands to be something of further intelligence (the bright light beyond the puzzles spectrum; a microcosm of the irrational belief held by so many within the spectrum) — the different shades of blue relate heavily to the album title. “Blue Hat Thinking” stands for control, an overview of the process of what’s going on… meta-cognition, that kind of thing. Confused? I am. Thanks Maarten.